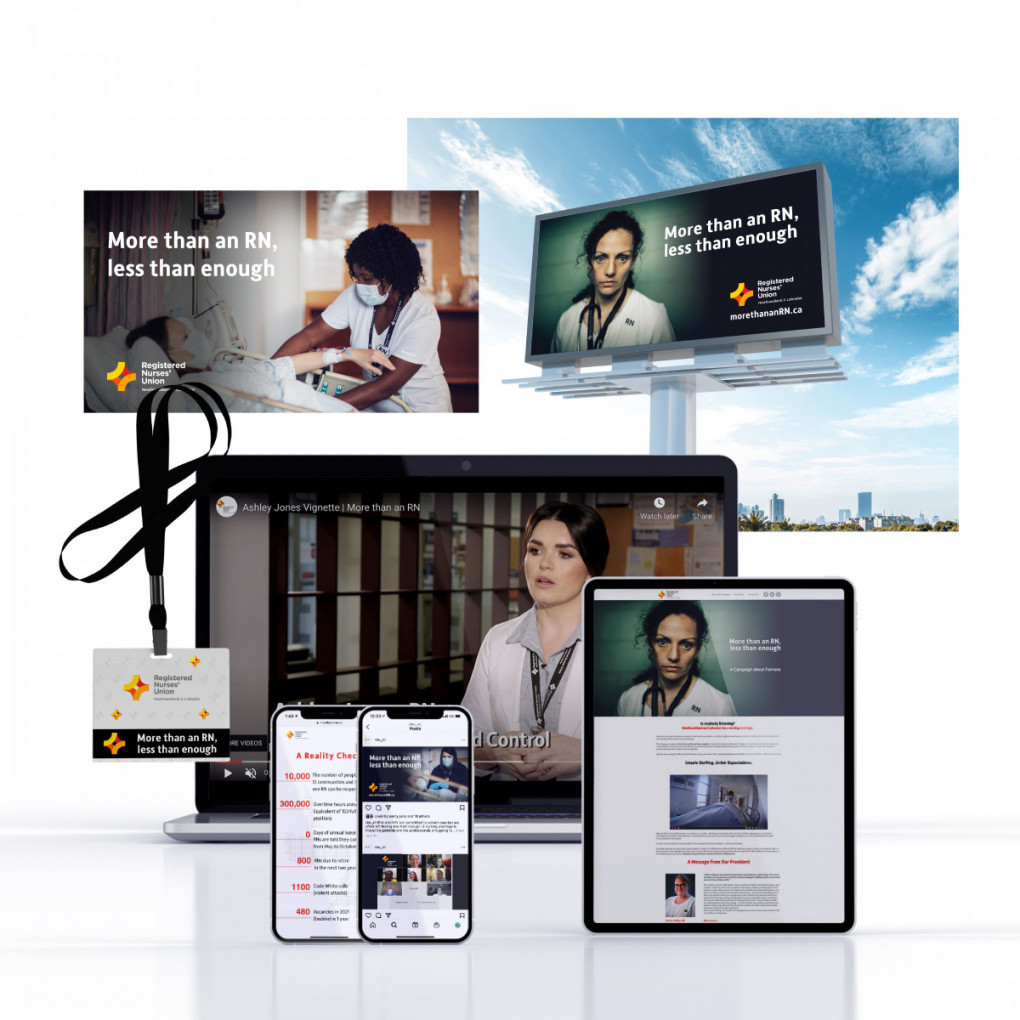 Pilot° was tasked to develop a multi-media campaign to raise awareness and create a sense of urgency in addressing workload and staffing issues that the RNU has been advocating for, for many years. The RNU needed to give their membership of registered nurses (RNs) and nurse practitioners (NPs) a voice, drawing attention to the realities they face and the impact on patient care. The campaign also needed to reinforce the message that RNs/NPs bring tremendous value to the healthcare system.  A call to action needed to create that sense of urgency underscoring the message that current workloads and working conditions are not sustainable and change is needed now!

After discussions with the RNU, and considerable research, Pilot° selected a more emotional strategy positioning RNs/NPs as real people; humanizing the profession to maximize public relatability and understanding.

By considering workloads and the personal sacrifices RNs and NPs were making to be true to their code of professional ethics the brave message “More than an RN, Less than Enough” was created to capture just how thinly stretched their lives were.  Combining this message with strong images depicting tired but dedicated nurses, the multimedia campaign would point the public to just how difficult circumstances were and indicate to the membership and health care decision makers that RNU would be vigilant in advocating for its members and patients until change occurred.

“More than an RN, Less than Enough” has been extremely impactful in both traditional and social media. RNU’s President has conducted countless media interviews, reinforcing the campaign messaging, and utilizing the momentum to strengthen RNU advocacy of the nursing shortage and staffing issues. Most importantly, while the campaign is ongoing, RNU is seeing a difference in how government is responding to their advocacy and feel they are making more headway on the issues that matter most to their membership.